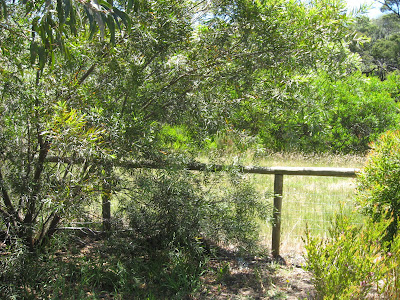 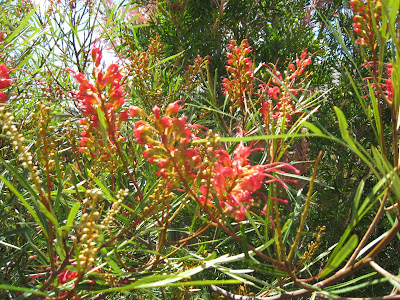 Yesterday was the first day of summer and it's warming up on the peninsula. I went for a stroll round the garden looking for our resident of the past few years, Leslie the blue tongue Lizard. We haven't seen him this year so he may have packed his bags and moved to a more salubrious habitat, unless he's been eaten by a fox. I came across a younger lizard lazing in the sun, he had a short stumpy tail so must have had a fight at some stage. He was lazing on the grass in the sun so I dashed in the house to get the camera. By the time I returned he had retreated into a very thorny bush. I'll keep looking and hopefully capture a pic of him.
Posted by Christine at Wednesday, December 02, 2009
Labels: blue tongue lizard, garden, grevillea, summer

Promote Your Page Too 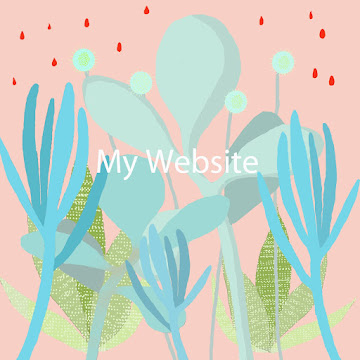 Please do not copy and use my work without permission.

Christine
Melbourne, Victoria, Australia
I'm a painter and illustrator living on the beautiful Mornington Peninsula. My inspirations are the colour and texture of nature and the world around me.I also love to create illustrations for children and adults, thinking of quirky compositions. All my work is copyrighted so please don't use without permission.

Spoonflower for my custom designed textiles